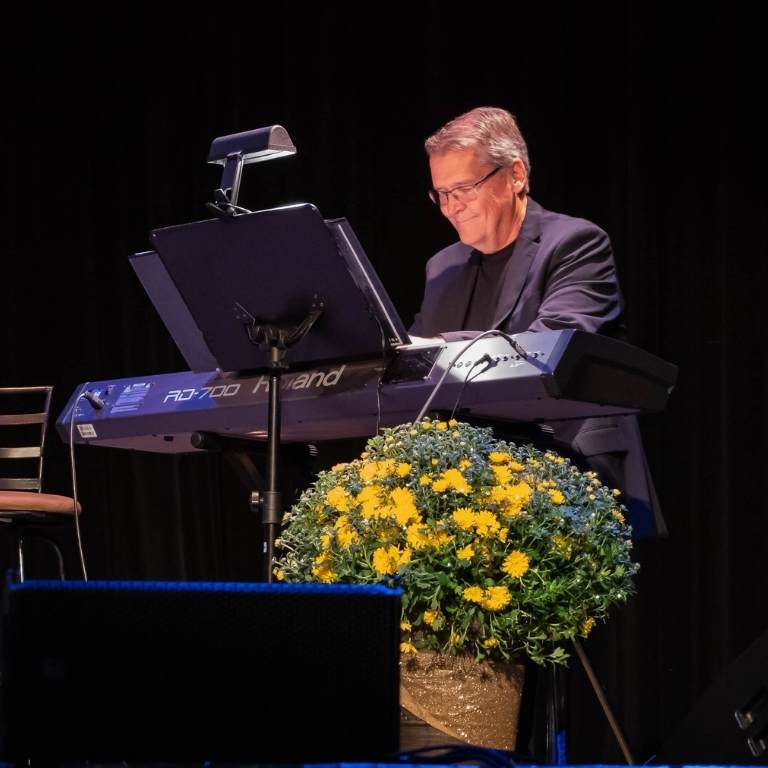 Daniel Mykkanen is well known for his superior musicianship and dedication as a musical educator to thousands of students over the last four decades.  He holds a Bachelor of Music Education from Northern Michigan University and a Master of Music Education from University of Wisconsin – Stevens Point.  Since 1977, Mykkanen’s students have received top prizes in state music competitions and many continued their music careers as performers and educators.  In addition to his time in the classroom, Daniel Mykkanen recreated The Gogebic Range Band and is a founding director of Hurley High School’s Silver Express.

Mykkanen has served as music director for many productions at Theatre North, The Calumet Theatre and Historic Ironwood Theatre, most notably Anything Goes, Forty-Second Street, Nunsense, Oliver, Joseph and the Amazing Technicolor Dreamcoat, The Wizard of Oz, Godspell, Cabaret, and I Love You, You’re Perfect, Now Change.  He has also overseen the music for The Claudette’s Christmas Spectaculars and countless special events around the Gogebic Range.

He appeared with numerous bands including Top Notch, The Galaxies, The Northwoods Big Band, and Sessions.  As a solo pianist, Mykkanen played at Pine Barons for three years and is currently in his twelfth year at Smokey’s in Manitowish Waters.

Daniel has been married to Mary Jo Mykkanen for 40 years and has two adoring children, Miles and Brianna.