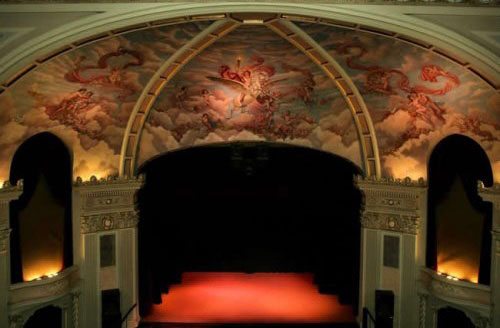 The Historic Ironwood Theatre is the “jewel of downtown” with its gleaming marquee, restored hand-painted murals, historic Barton theater pipe organ, and outstanding acoustics. The theatre stage is home to many concerts and events year-round. Tours of the theatre and its rich performing arts history are available.

The Ironwood Theatre was built as a vaudeville & silent movie palace in 1928 under the direction of Architect Albert Nelson at a cost of $160,000 (equivalent of approximately $2,000,000 today). Under the leadership of A.L. Pikar, the theatre became the center of entertainment in the Ironwood area. The Hollywood Golden Age of the 30s, 40s and 50s followed the Great Depression and the theatre flourished during these decades.

In 1982, owner Thomas Renn gave the Theatre building to the City of Ironwood through the Downtown Ironwood Development Authority (DIDA). Restoration efforts began at that time under the direction of the newly formed Ironwood Theatre Preservation Committee. On January 11, 1985, the Ironwood Theatre was placed on the National Registry of Historic Places.

The Ironwood Theatre is a volunteer based organization with an 9-member Board of Directors, one full time staff person, more than 30 regular volunteers and more than 100 individuals who volunteer their time and talents because they believe in the theatre and the central role it plays in the cultural life of so many nearby communities. 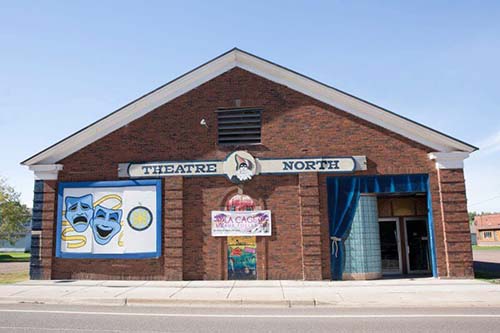 Theatre North is among the three oldest continually-operating community theatres in the United States.  Over 130 productions have been produced in the theatre’s 57 year history.

Founded in 1964 with a production of Noel Coward’s Blithe Spirit at the Kaleva Hall on Aurora Street, Theatre North also presented plays and musicals at the Ironwood Memorial Building until the group purchased the Scandinavian Hall on McLeod Street in 1966. The group sold that building in 1986 and spent two seasons performing at the Historic Ironwood Theatre and the Towne House while it renovated the Bark River Culvert and Equipment building on Lake Road.

In 1987 Theatre North finished the renovations and moved into the building it still calls home today.  Theatre North opened its intimate and versatile 153-seat theatre in November 1987 with a production of Lionel Bart’s Oliver!

Theatre North is still run by a volunteer Board of Directors and produces three productions every season.  To maintain their rich legacy as one of the nation’s oldest community theatres, Theatre North produced four virtual performances of Nunsense, Spoon River Anthology, I’m Herbert and Amadeus during the COVID-19 pandemic.  The theatre still relies on a dedicated workforce of volunteers who direct, conduct, perform, design, and produce every production.

Theatre North is the producer and fiscal sponsor of the Emberlight Festival, as well as the host of our International Film Festival and Behind the Curtain series. 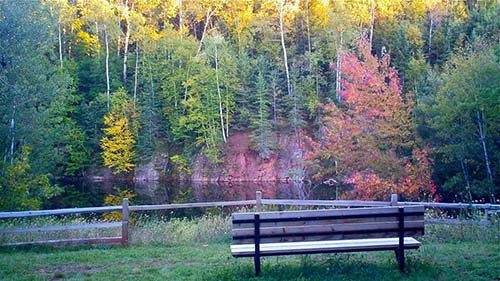 The City of Ironwood passed a resolution in July 2010 to repurpose the land into a year round recreational park.  Non-motorized trails have been developed over the last decade for activities including hiking, biking, running, walking, skiing, snowshoeing, and cross country skiing while providing safe corridors between many locations within the City of Ironwood.

The Miners Memorial Heritage Park is the home of Emberlight’s large-installation art show Art in the Park every July and August.