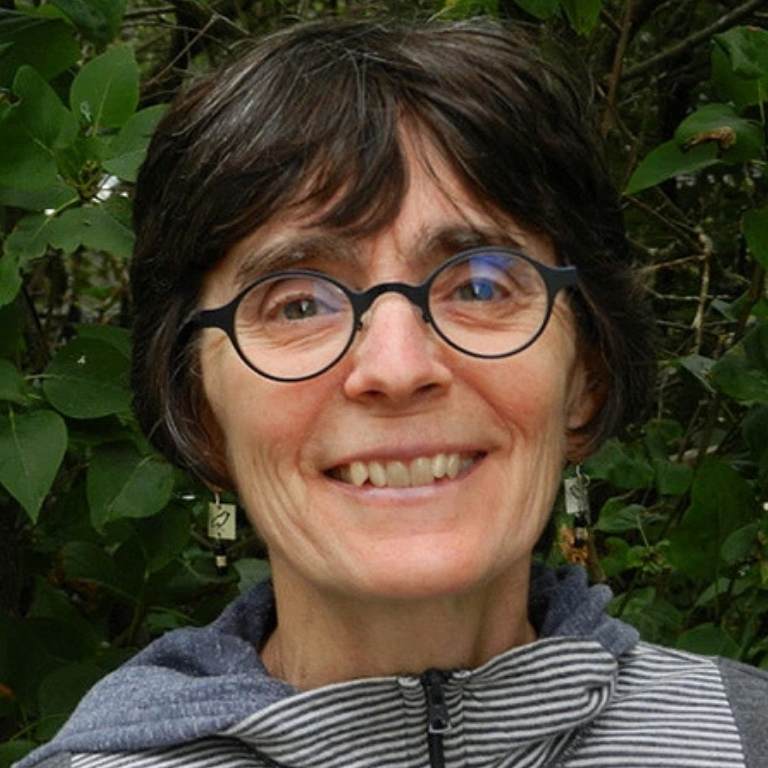 Mary Burns expresses her love of northern woodlands and waters in her weavings and writings. An award-winning weaver, her work resides in private homes across the United States.  Mary creates weavings, feltings and eco-printed work that reflect the hues and patterns of the natural world. Her jacquard loom, a TC-2 named Bridget Mariah, allows her to craft her work in even greater detail, vibrancy, and character. Mary gathers inspiration from many places and cultures, including the natural world, the designs of Frank Lloyd Wright, and the Arts & Crafts Movement. Her looms range in width from 10” to 8’. She teaches introduction to tapestry weaving as well as felting.

Mary is currently weaving portraits for her upcoming Women and Water Exhibit. The exhibit honors women who work with water, protect it and advocate for it.

Mary is also a writer. Her first novel Heartwood (2003) is a fantasy/natural history novel for young adults. She is a contributor to A Place to Which We Belong: Wisconsin Writers on Wisconsin Landscapes (1998).

Mary and her family have lived in her grandparents’ home in northern Wisconsin since 1984. Mary’s love of weaving started in high school art class and has only continued to grow over time.