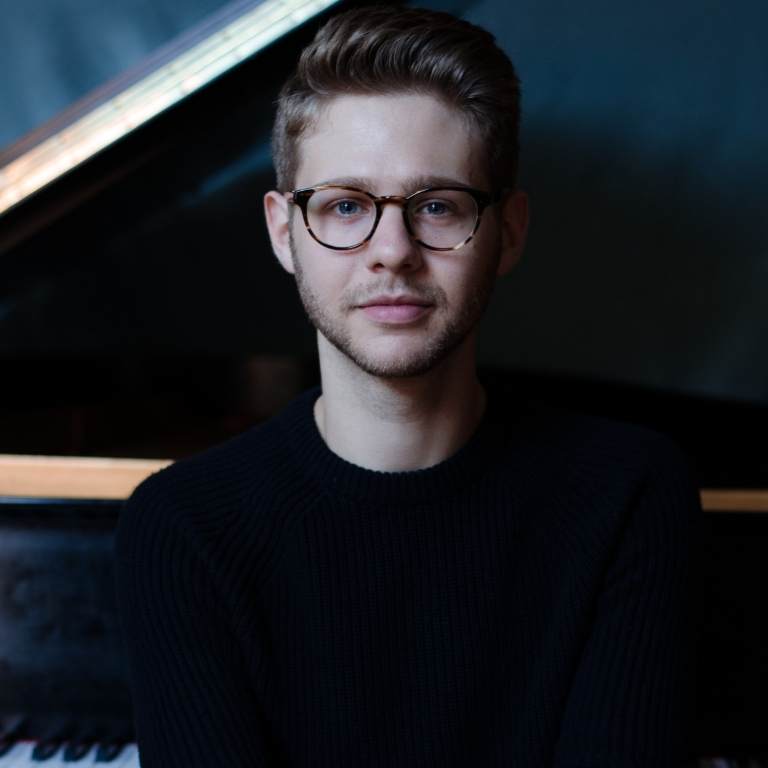 Pianist, conductor, and music director Adam Rothenberg is a versatile young artist who has performed throughout North America and Europe in a wide array of projects, including solo recitals, chamber music, orchestral concerts, opera, and musical theatre. He is currently the Assistant Conductor of the Broadway revival of Company, starring Katrina Lenk and Patti LuPone. As the Associate Conductor of the 2018 national tour of Miss Saigon, he performed in dozens of cities across the U.S., including a month-long engagement at the Kennedy Center Opera House in Washington, D.C. Other recent theatre and opera credits include Chicago (Broadway), Sweeney Todd (Off-Broadway), West Side Story (Philadelphia Orchestra), A Quiet Place (Tanglewood Music Center), and Die lustigen Weiber von Windsor (Juilliard Opera).

Hailed by Opera News as a pianist of “jaw-dropping virtuosity,” Adam is passionate about pushing the boundaries of classical music and bridging the gap with other genres and art forms. He has performed with the New York Philharmonic at David Geffen Hall and the Juilliard Orchestra at Carnegie Hall, as well as art song recitals in Alice Tully Hall, at Caramoor, and the Barbican Centre in London. He recently presented a recital with violinist Chelsea Starbuck Smith as part of the Charles Ives Music Festival in Danbury, CT that explored the relationship between folk music and classical works, including several original arrangements. At Juilliard, he curated and performed an interdisciplinary program titled Regime in Recital, a presentation of poetry, art song, and chamber music written under totalitarian regimes. As a composer, he has been commissioned by the YES Theatre in Sudbury, Ontario to write the score for renewal, a new musical theatre piece that addresses communal response to the climate crisis, in collaboration with playwright Heesun Hwang.

A native of Syracuse, NY, Adam holds a bachelor’s degree in Piano Performance and Mathematics from Northwestern University, and a master’s degree in Collaborative Piano from the Juilliard School, where he was the proud recipient of a Kovner Fellowship.